Term Limits: The Senate And The Constitution

In the book,A Familiar Exposition of the Constitution of the United States: Containing a Brief Commentary On Every Clause, Explaining the True Nature, Reasons, … and General Readers. with an Appendix, Conta

,  Justice Joseph Story explains that in the original Constitution (before the 17th. amendment), the Senators were 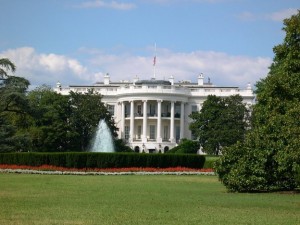 elected by the state legislators.  Unfortunately the 17th amendment changed that, and they are now elected by the people, as are the Congressmen.

You see,  folks, there was an important reason for the original version.  It  was an essential check and balance that gave states more power then they now have. The founders did this to protect us from too much power being usurped by any one special interest group, or by the Federal Government.

Before the Constitution  each colony was independent of the others, and their was no confederacy or alliance between them. Larger colonies sometimes took advantage of the smaller ones, and, in deed. foreign powers took advantage of their superior strength over these independent colonies. As the Founding Fathers framed the Constitution, they remembered these things.  They knew the strength in unity, but also knew the dangers of too much power in the hands of a few.  Balance of power in all segments was necessary to keep one group from overpowering the others.

The “Divided sovereignty”, that the Founders created in the Constitution, was never intended to be enforced by the Supreme court alone. Congress, the president and most importantly, the citizens of the States, were also to have an equal say on constitutional matters.  Roger Sherman wrote in a letter to John Adams:

“The senators, being…dependent on {State Legislatures}  for reelection, will be vigilant in supporting their rights against infringement by the legislative or executive of the United States.”

It was an important part of what made us a republic rather than a democracy. With the 17th amendment, states became mere appendages or franchises of the central government.

Madison, in the Federalist #62 wrote:

“The appointment of senators by state legislatures gives governments such an agency in the formation of the federal government, as must secure the authority of the former. “Moreover, said Madison, the mere “enumeration of (federal) powers” in the Constitution would never be sufficient to restrain the tyrannical proclivities of the central state, and were mere “parchment barriers” to tyranny.

Justice Joseph Story (Supreme Court Justice from 1811-1845) writes on page 90: “history has informed us of no long-lived republic, which has not a senate (as originally designed by the Constitution).  Sparta, Rome, Carthage were, in fact, the only states,  to whom that character can be applied.”  So what the 17th amendment did was to weaken the states and our republican form of government. It moved us toward a democracy instead.

Here is another important note that many want to change because they do not understand the history so eloquently explained by Justice Story.  The Constitution also says the senators are to serve for six years, and one third of the members change every 2 years…  there is a reason for that as well.  It is to insure that there are a majority of experienced senators at all times so as to give them credible respect in foreign and domestic affairs.  However, the 6 years of limited service was inserted to keep the senators  accountable to those they served, and help prevent corruption. It is another check and balanced that if changed, as some suggest,  would further weaken the Republic.

You see folks, Progressives fully understand  the importance of the checks and balances in the Constitution, because it stands  in the way of their goals.   Woodrow Wilson, a progressive, established the Federal Reserve, The 16 Th amendment (tax on income), and the 17th amendment (which weakened the power of the States to resist the United Nations) . These three things are the foundation that gave rise to the progressive movement in the U.S.

Wilson tried to involve us in  the League Of Nations which was the precursor to the United Nations.  But the states blocked it in the Senate for good reason. They saw it much like the Federal Reserve… an erosion of our Sovereignty by turning our country over to a body not elected by the American people, but a body elected by elitists often not even of American citizenry.    So he decided to pass the 17th amendment to weaken the states power over the Federal Government, and his wishes for a ruling class of elites  to govern the masses.  With that check and balance removed, we did finally  became paying  members of the United Nations.

Had I not recently learned why the Founding Fathers gave them a six year term, I would have been among those advocating that we limit their term to two years. Now I understand why it is more important to repeal the 17th Amendment along with the Federal Reserve’s power over our money supply,  and the 16th amendment . Our Founders actually discussed term limits, and opposed them, because term limits are a restraint on freedom, not on corruption.  You will agree with that statement only if you disagree with the goals of the progressive movement.

It is highly important that. before one begins advocating for amendments,  they understand what men like Justice Joseph Story have been telling us… we must understand the Constitution if we are to preserve the greatest form of government ever created.  You see only 5% of human beings have ever experienced freedom.  95%  have only known the Tierney of central governments.

Therm limits is not the solution.  However Ben Swann explains exactly what is the problem with our elections, and how to solve it in the following interesting video:

Interesting sub-note:  The 17th Amendment was ratified on February 13, 1913 which was the term of Woodrow Wilson. In the same year he also ratified the 16th Amendment (tax on labor) abolished tariffs, and established the Federal Reserve (Central Banks).  As a result, our money supply  finally became a pure monopoly owned and operated by a privately owned banking cartel , and citizen sovereignty, which had been  protected by the Constitution,  perished.

To understand why Woodrow Wilson took these actions, see this article from the Heritage Foundation:  “The Progressive Movement And How It Transformed American Politics”.

Education has always been my passion, and I am blessed beyond measure to be allowed to serve in this way. We offer many educational products and school supplies, information, workshops, news letters, tutoring services, volunteer work, and free consultations. Roma can be reached at (904)317-5330 from 9:00 A.M. to 5:00 P.M. EST-U.S.
View all posts by Roma Cox →
This entry was posted in Lesson Plans, The U.S. Constitution and tagged constitution, republic, woodrow wilson. Bookmark the permalink.