The American History: Congress And Taxation

The first enumerated power given to congress in the U.S. Constitution concerns taxation:

During the American Revolution, George Washington was forced to leave his starving, scantly clothed and unpaid troops so as to beg the Continental congress to find money to supply the needs of our fighting men. Can you imagine a general of today having to do that? You see the 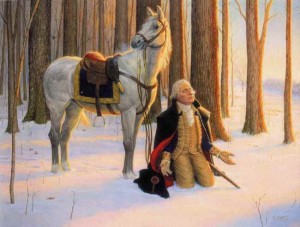 Continental Congress had no power of taxation, and when writing the Constitution, it is said that Washington  wanted to make sure the new Congress had such powers. You will notice there are several ways Congress is allowed to tax, but tax on labor is not one of them. This is because the Founding Fathers were against such a tax.

However a most controversial President ,  Woodrow Wilson,  changed that… along with many other things the Founding Fathers were against.  During his administration,  he established  a tax on labor (the XVI Amendment), the XVII amendment which weakened the power of the States but never mentions slavery as most people think it does,   and he also established the Federal Reserve (Central Bank),  …to name just a few.

After the Revolutionary War was won, Washington  knew that as long as Americans were dependent on products from England, we would never truly be free of their control.  So in1789 his administration imposed  a tariff (taxes on certain imported  goods).  It was designed to encourage “American Made” products.  Note: The United States use to feed the world, but has now become dependent on the world to feed us.

Gandhi did not use tariffs to accomplish India’s independence from the British. But he did encourage his people to produce their own products.  He encouraged his people to make

their own salt from the sea in spite of beatings from the British, and he also encouraged them to wear their traditional attire, and even  to spin the cotton to weave them.

Note: During Washington’s term, Americans did experience high inflation, and the Country almost collapsed from anarchy several times.  But we did gain our independence as did India.

“Experience has taught me that manufactures are now as necessary to our independence as to our comfort; and if… [we will purchase] nothing foreign where an equivalent of domestic fabric can be obtained without regard to a difference of price, it will not be our fault if we do not soon have a supply at home equal to our demand, and wrest that weapon of distress from the hand which has wielded it.” —Thomas Jefferson to Benjamin Austin, 1816. ME 14:392

Thomas Jefferson repealed all internal taxes and ran the government solely from trade tariff revenue.
“1800 – With the assistance of his Secretary of the Treasury, Albert Gallatin, newly elected Republican President Thomas Jefferson sought to reorient the fiscal policy of the United States. Jefferson’s four main goals included: (1) a reduction in government expenditures, (2) a balanced budget; (3) a decrease in the size of the national debt, and (4) alleviation of the tax burden. The latter two objectives seemed to conflict with one another; specifically, Jefferson’s desire to abrogate Hamilton’s funded debt plan and retire all government obligations as judiciously as possible required a steady stream of revenue.

Nevertheless, Jefferson abolished all internal taxes, including the whiskey excise tax and the land tax. Meanwhile, the Napoleonic Wars in Europe, though a diplomatic minefield for American statesmen, proved a significant stimulus to the economy of the United States. Vigorous commerce enriched merchants while customs duties swelled the federal Treasury. By 1808 the national debt had been reduced from $80 million to $57 million, even though the Louisiana purchase had added an $11 million liability. By 1806, duties proved so lucrative that Gallatin and Jefferson fretted about what to do with the surplus above that required for debt retirement. Treasury reserves increased from $3 million to $14 million between 1801 and 1808.”
http://www.tax.org/Museum/1777-1815.htm

In conclusion: Some argue the Founding Fathers were wrong…that tariffs are “always bad”.   Others argue that tariffs have, like all taxes, been misused, but they have also served the Country well at times. I leave that up to the reader to decide.

One can learn more about these things from the book:A Familiar Exposition of the Constitution of the United States: Containing a Brief Commentary On Every Clause, Explaining the True Nature, Reasons, … and General Readers. with an Appendix, Conta

Education has always been my passion, and I am blessed beyond measure to be allowed to serve in this way. We offer many educational products and school supplies, information, workshops, news letters, tutoring services, volunteer work, and free consultations. Roma can be reached at (904)317-5330 from 9:00 A.M. to 5:00 P.M. EST-U.S.
View all posts by Roma Cox →
This entry was posted in Lesson Plans, The U.S. Constitution and tagged constitution, taxation. Bookmark the permalink.