Factory Farms Unhealthy For Enviornment And Your Family’s Health

The first two pictures below are of the Cobra Ranch once owned by my family in the Aravaipa Canyon of Arizona. Family ranchers typically owned large sections of land, because the cattle grazed freely for most of their food (grass mostly). In order to stay in business, these ranches had to be good stewards of the land, because, if not, they lost their cattle feed, and went out of business. As you can see in the first two pictures, there were many large trees. That is Poppy and your great-grandfather standing in front of one of them, and our truck is barely visible behind the tree. The land also had lots of deer and other wildlife.

The cattle also thinned out the underbrush, and that is why you did not see as many wild fires that destroy those beautiful large trees as is happening now. But it is interesting that the news media is currently blaming the out of control wildfires that destroy those beautiful trees on “Climate Change” rather than the BLM removing the cattle without replacing them with other grazing animals like buffalo.
You see, in the 1800s Americans had killed off most of the buffalo, and we experienced rampant wildfires. So cattle were introduced to do what the buffalo had always done…thin the underbrush, and provide protein rich food. The government would encourage ranchers to put their cattle on government land to prevent forest fires. It was a win win situation for the rancher and the American people.

In order to keep the land healthy we fenced off one area from another, and rotated the cattle from one section to the other. In the winter, we fed them bails of alfalfa which we raised and bailed ourselves. However factory farms (see third picture) are now replacing the grass fed cattle we use to eat. 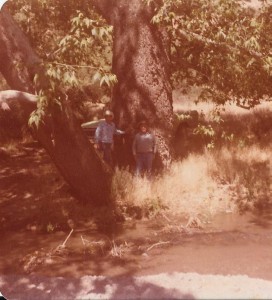 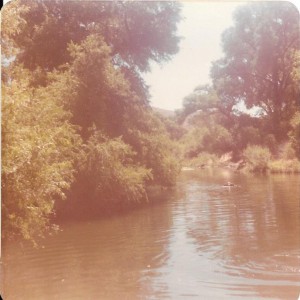 Environmental and Health Problems in modern Livestock Production:
Pollution in the Food System……………………

In the last few decades, consolidation of food production has concentrated power in the hands of fewer and fewer corporations. Many of today’s farms are actually large industrial facilities (see third picture), not 40 acres of pastures, red barns, and rows of mixed vegetable crops that most Americans imagine. These consolidated operations are able to produce food in high volume but have little to no regard for the environment, animal welfare, soil and water quality, or food safety. In order to maximize profits, industrial agriculture often trades the health of consumers and rural communities, as well as the nutritional quality of the product, for an economy of scale through consolidation and mechanization. 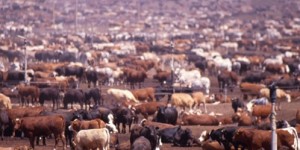 Read more about how this has made our food supply unhealthy as compared to free range fed animals. http://www.sustainabletable.org/859/industrial-livestock-production

Education has always been my passion, and I am blessed beyond measure to be allowed to serve in this way. We offer many educational products and school supplies, information, workshops, news letters, tutoring services, volunteer work, and free consultations. Roma can be reached at (904)317-5330 from 9:00 A.M. to 5:00 P.M. EST-U.S.
View all posts by Roma Cox →
This entry was posted in Education - General, Healthy Living and tagged factory farms, family farms. Bookmark the permalink.