Ever noticed the two party system we now have was never referenced in the Constitution?

In George Washington’s Farewell Address of 1796,  he actually warned against the party system we now have.  He feared that it would be used to divide and manipulate us.

As parents, we quickly learn that most two year olds will say no to just about anything.  As a result we learn not to ask or even tell 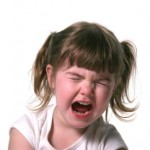 them to put their gloves on.  We, instead, ask them, “do you want to wear the red gloves or the blue ones.”  The child is none the wiser for the fact that we have just manipulated the system. Such is how our two party system now treats us…do you want this evil choice or this lesser evil of the two evils? Now that’s an exciting choice.

In the current two party system,  other interests like the Constitution Party, and the Libertarian party find themselves excluded by the Democrats and Republicans. This is exactly what the Founding Fathers feared. I find it ironic that any group who advocated a return to the Constitution, would now be excluded.  I can’t help but think what would the Founding Fathers  say.

Yet, we are told that an independent would not have a chance.  Is that true?

Are you tired of voting for the “lesser of two evils” yet? there is a solution.  We have a choice…we can decide to think outside of the box we have been put in. In 2010 there were some Tea Party groups who decided to do just that.  They had the courage to stand by some independents, and they did get them elected. So yes, it is possible.

(1) don’t vote for someone just because he is charismatic and a strong leader.  Hitler was that, and look what that got us.

(2) Don’t vote for someone simply based on their campaign speeches or websites.   Do you think they are going to tell you anything more than just what they want you to think (true or false)?

Check their record by doing the following:

In conclusion, if you are feeling like the two parties do not represent you, you do have a choice. Do your research and vote Republican, Democrat or other if that is your man (or woman).

Education has always been my passion, and I am blessed beyond measure to be allowed to serve in this way. We offer many educational products and school supplies, information, workshops, news letters, tutoring services, volunteer work, and free consultations. Roma can be reached at (904)317-5330 from 9:00 A.M. to 5:00 P.M. EST-U.S.
View all posts by Roma Cox →
This entry was posted in Lesson Plans, The U.S. Constitution, Uncategorized. Bookmark the permalink.